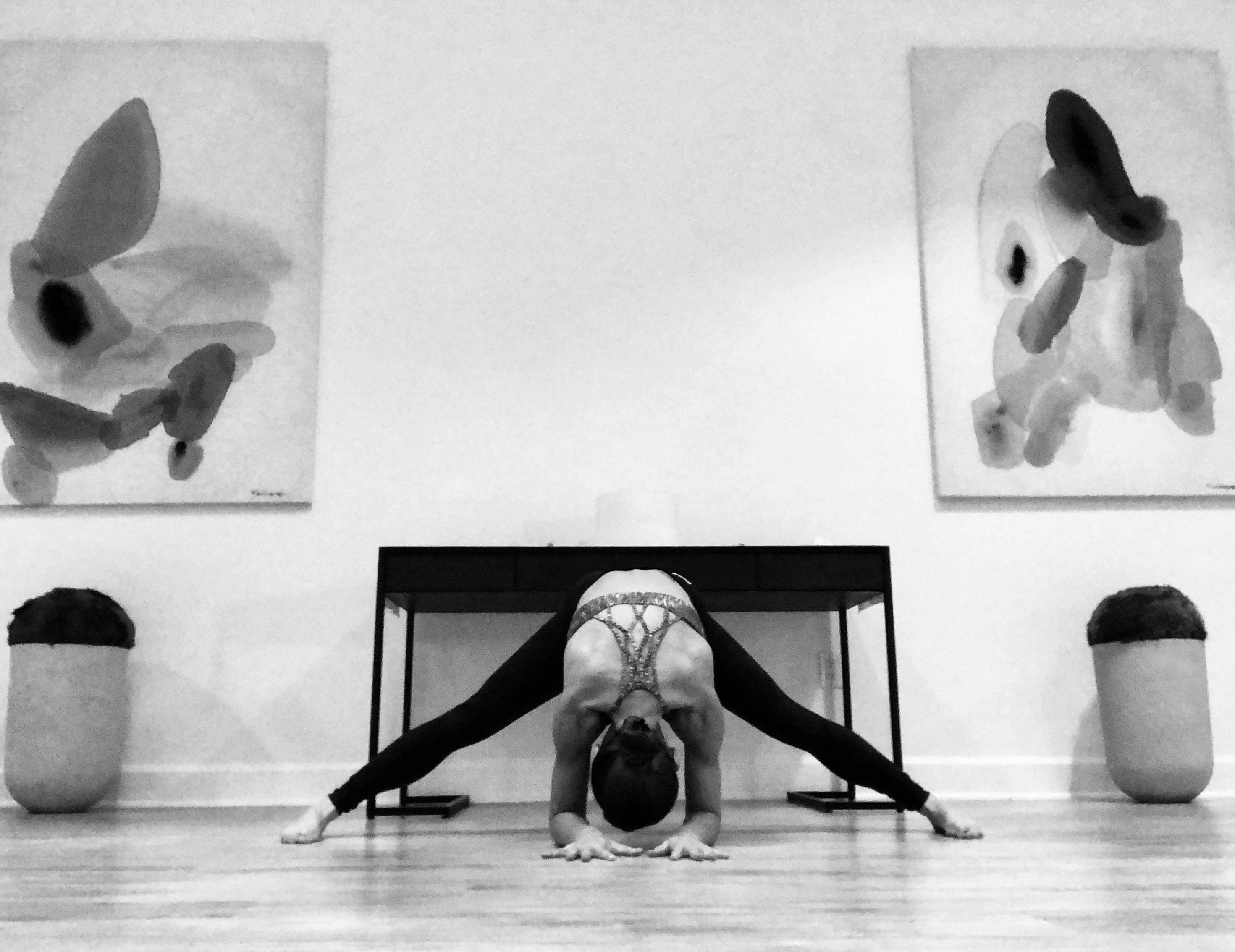 Where is the line for you?

The one between being busy, and being overwhelmed? Between doing just the right amount of everything that makes you feel fulfilled, and doing so much that the “fill” becomes too full?

How do you know when you’re spreading yourself too thin?

You always know. You feel it — in the tension in your body, the shortness in your breath, and the noisy traffic jam in your mind. It’s right there, loud and clear.

That doesn’t mean you’re listening, though.

Why? Well, there are lots of possible reasons. Maybe because you think being busy makes you important. Valuable. Productive. Maybe staying occupied keeps you from having to be still, quiet, or alone. Connecting to things outside of yourself makes it easier to stay disconnected from yourself, and maybe that’s actually easier than turning inward.

That’s sarcasm, in case it didn’t jump through the page at you.

My tendency to spread myself too thin comes from the best intentions. So does yours, for the record. Mine’s about actually loving most of the things on my plate, and wanting to do as much of them as possible. Coaching, teaching yoga, leading meditation workshops, traveling, spending time with people who are important to me, writing this blog. I love it all. The problem is, I’m one human person, and with that comes limits.

I’ve spent most of this year so far nursing various kinds of minor injuries and illnesses, and pushing through them all to keep going. Finally, about two weeks ago, I sat myself down for an intervention.

Actually, I crashed into my bed, but either way…I slowed down, and took a look at my plate. I’d been piling it up high while begging for seconds, as the saying goes. I loved everything on my menu, and wanted more. But, it was time to re-evaluate.

I looked at my schedule, and realized I knew the answers. I saw clearly where I could make adjustments that would give me more space to breath in my days. The hard part was letting go.

Then I realized something. I wasn’t giving things away, I was getting out of the way. Out of my own way, so I could actually ever rest, and also getting out of the way of allowing others to have things that were meant for them, not me. I turned down some invitations in favor of doing nothing. I released three of my weekly yoga classes to other teachers who were delighted to have them. I built a project from pieces I’d worked hard to create in the past, instead of starting from scratch. I played a game. I put my phone away and went for a walk outside. I did one thing at a time, and was fully present for it.

Most of all, I caught my breath. I let myself be still, and when it got challenging, I tried again. I found ease (sukha) in the midst of all my effort (sthira). I reclaimed at least some of time, and remembered the power of “no” as a form of self-care.

It’s not easy to slow down in our lives these days, to resist the urge to equate productivity with self-worth, and to see burnout as normal. But when running on empty becomes your norm, eventually your engine is going to flame out. Your body will have bigger issues to manage than fatigue and the occasional head cold.

Holding space for yourself now creates space for your dreams to truly manifest with time. Clarity comes from stillness, and energy is only renewable when you take the time to plug back in.

Life doesn’t balance itself without your permission. You have to choose to let go of that which does not serve your growth, and make space for that which does.