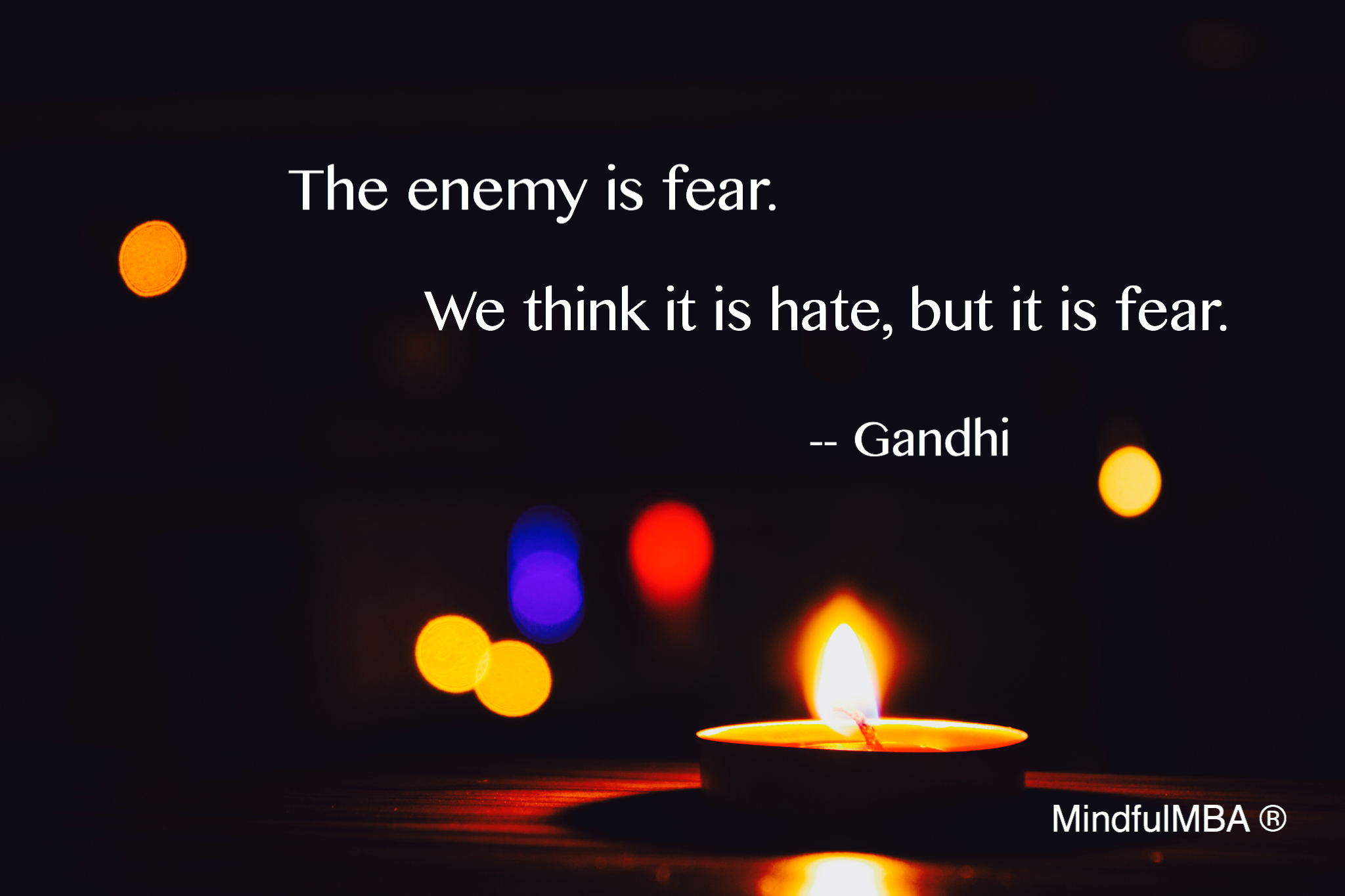 Wow, y’all. It has been quite a few days in the world, especially the corner of it that I live in…these are interesting, challenging and important times to be a mindfulness practitioner, and not just for the reasons you might be thinking (personal sanity, for one). Yes, a mindfulness practice can help to center you at times when your thoughts and emotions seem difficult to manage. But, in my humble opinion, one of the greatest gifts that mindfulness also offers us is the ability to better understand other people’s challenges, and to more clearly see the underlying causes of behavior that may seem disrespectful or aggressive to us, but seem perfectly reasonable to them.

Turns out, Gandhi was already there – no surprise. I’ve written a bit about this in various ways before (and before), so today I’ll let his wisdom do the talking…(mostly).

Fear is one of the most powerful emotions on Earth. It makes people think and do irrational things. It can convince them to defy logic, ignore facts and even behave in ways that are contrary to their own professed value system. Fear constructs boundaries, real and invisible. It limits potential and inhibits growth. It takes up the mantle of hatred, but it is never fully obscured by it. Fear is always right there, under the surface, muting intelligence and feigning courage. You know it because you’ve felt it, too, at one point or another…and in that realization, you have access to one of fear’s greater antidotes: compassion.

Compassion comes from seeing in others the same struggles you have experienced within yourself. Maybe not along the same contextual lines, but…fear is fear. Now, compassion for those behaving counter to your values doesn’t mean abiding their behavior. By all means, show up. Use your voice. Fight for justice. Make positive change happen in the world. But doing so with your eyes open to what you are actually “fighting” will make sure your heart is also cracked all the way open to the common pain that flows through both sides of every human conflict.

In that realization, you will find not only compassion, but also love, and I also hope, the renewed energy and motivation to keep going, and (to echo Gandhi once more) to “be the change” that ensures we keep growing and breaking down boundaries, including those within each of ourselves.

2 thoughts on “Monday Moment: Root cause”