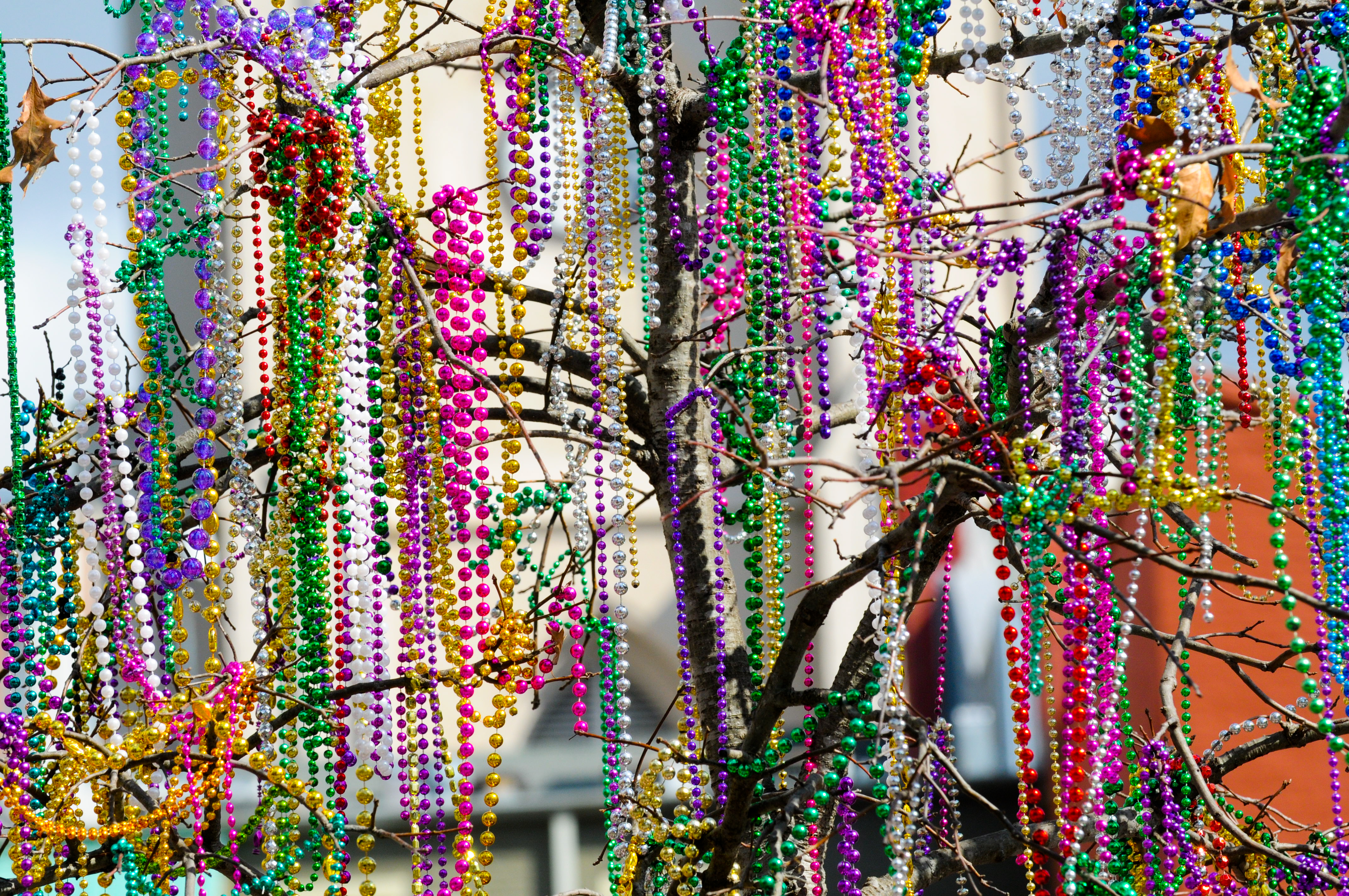 I’m not usually known for being early. I was born early…in the morning on the day after my due date, and that’s about how most of my appointments since then have gotten started – just a smidge after the scheduled start time. I think most people need an extra 2 or 3 minutes to really be ready, so I like to give it to them. Exceptions, of course, include interviews, meetings, or any other appointments over which, as I said, I’m not the boss. But, today I’m early, and I’ll tell you why.

‘Cause y’all…it’s Mardi Gras! Today, not tomorrow, when you would normally see my longer post for the week. I was reminded of this when I asked my brother-in-law if he would kindly share this fabulous photo with me from his Mardi Gras collection.  I mean, I know what day it is, but I didn’t think about the solemn day of atonement factor that tomorrow brings for some folks out there. So for today, we partyin’…well, you are. I, on the other hand, am writing. Don’t say I never did anything for you.

In cities all over the world this past week, there have been some “bon temps” rolling (and rolling, and rolling), as people from Rio to the Caribbean to New Orleans break out their most respectable feather-and-sequin get-ups, head out into the elements, and start earning some beads. “Carnival” season, as we’ll broadly call it, is the chance to let it all out. Let it go, shake it off, and shed the past. It’s all about the thrill of the moment, and the awareness that we are all in “this” together. Uh oh, did she just turn this into a mindfulness post? You bet I did, because what better excuse to give some thought to why exactly we need and love moments like this?

We spend a lot of time in fast forward mode, planning and hypothesizing about the future. When we’re not doing that, we’re probably rewinding, and worrying about whether something in the past went the way we think it did. A lot of this internal work involves obsessing about our identity – who we think we are, how we want other people to see us, and how we think other people actually are seeing us. That’s a lot of work. A LOT of work. It means you’re constantly framing and reframing potential situations, and wishing you could re-do others.

In my opinion, there are two situations in which we are truly at peace with our identity. One is when we feel that the three perspectives I listed above are in alignment. For most of us, this is rare – rarer than we probably realize. When they aren’t in alignment, we either chastise ourselves internally for not measuring up, or we pull away and internally chastise others for the same. They’re not cool, not good enough to make us feel not good enough. The second scenario in which we are at peace with our identity is when we step away from it. Enter, Carnival.

The whole point of Carnival is to masquerade, literally or figuratively. Covered (or not) in elaborate costumes, we get to be either someone else or essentially no one at all, and in doing so, we are free of all of that work of creating ourselves. We just are, living in the moment and having a damn good time in it. What anyone else thinks doesn’t matter, because you realize that they aren’t thinking about you. They’re doing their own thing, and it just happens to be right next to you.

Now, I know we’re going deep here and I forgot to tell you to get your scuba gear on first before we jumped in. I’ll get us back up to the surface in a sec. But first, just a quick “beignet for thought” to take with you. Next time you take a few minutes for some mindfulness – whether it’s meditation, or a mindful walk, or maybe some focused listening – and you inevitably find that your thoughts attempt to pull you away, check in on how many of those thoughts have to do with how you think people view you. Notice that during mindfulness, you are free to observe those tendencies while being internally separate from them. Over time, you may come to recognize how quickly those thoughts not only pass, but change. Who you think you are, who you want to be and how you think other people see you are always shifting. The only constant is the quiet, internal observer, who notices it all without judgement, and for the record, loves a good party.

For what it’s worth, most people are just doing their own thing while standing next to you, even when not parading in sequins. Nobody thinks as much about you as you do, so be kind to yourself, and if the good times are rolling, bring your attention to the moment, and soak it up.

2 thoughts on “Check yourself”